I love learning new things and was excited to be introduced by a client to Marco Iacoboni and his book Mirroring People. This was my first introduction into Mirror Neurons. 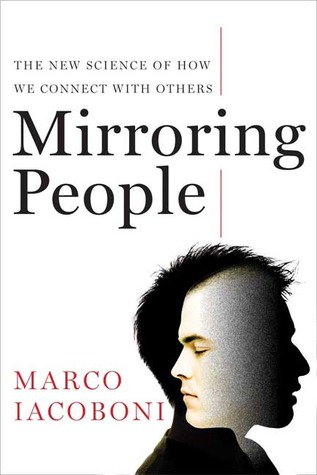 What are Mirror Neurons?, well quite simply as Wikipedia have put it ‘A mirror neuron is a neuron that fires both when an animal acts and when the animal observes the same action performed by another.  Thus, the neuron “mirrors” the behaviour of the other, as though the observer were itself acting”.

To give you more of an insight I have found this video with Alan Alda which is part of The Human Spark series to give a great basic understanding of what Mirror Neurons are.

What has really excited me is how we can build on this idea in the sales and marketing we do. Mirror Neurons it has been found form the basis for empathy, social behaviour and even language and go a long way to explain how and why we react with certain emotions when interacting with someone or something.

As marketers we can leverage on this idea by telling a visual story about the product or service we are selling.

Let me give you an example of what I mean. Isn’t it exciting to have a present at Christmas that you are unwrapping. By unwrapping that present in front of someone they too are experiencing the excitement with you. In a marketing sense if we can show an action happening, the person watching has a sense they are performing that action along with you.

We have all seen those beer ads where the bottle is opened and a refreshing sip taken. We hear the cap popping off and then some drinking sounds followed by an ‘ahhhhh’. As observers we are experiencing a sympathetic reaction from Mirror Neurons because we have performed the same action many times ourselves. We relate to it and we remember it. We want one.

As Marco Iacoboni says “Psychological studies started with the idea that a solitary mind looks at the world in a detached way. Mirror neurons tell us we’re literally in the minds of other people.”

As marketers it is critical to be thinking about the visual branding content we are producing to be sure we can leverage the idea of mirror neurons as much as we can.

Yours in Neuroscience Marketing,