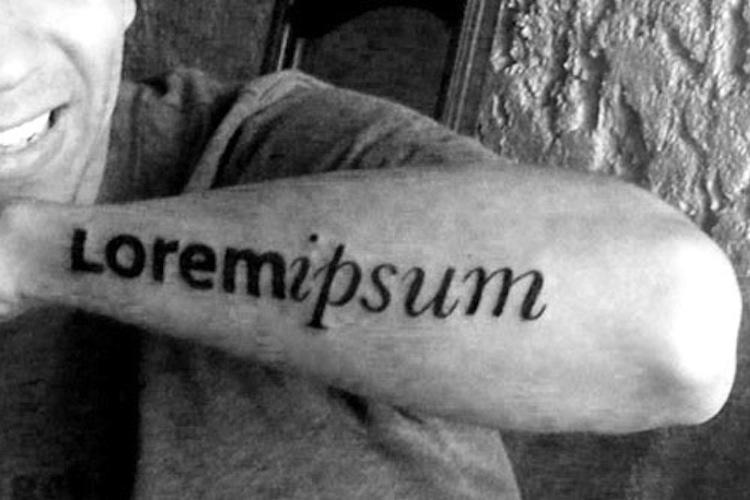 Lorem Ipsum, or better known as filler text to designers, is regularly used to give the feeling of populated text in documents while in the midst of design. It allows creative teams to understand how copy will look and generally be replaced and removed with real content. Because no one uses this language, it’s unlikely to make it through finished art and published (although accidents can happen).

But where does it come from?

Officially, the story goes that in 45 BC, statesman, lawyer and philosopher Marcus Tullius Cicero published his latest works, De Finibus Bonotum et Malorum. An excerpt from this work is the source of Lorem Ipsum:

Nor is there anyone who loves or pursues or desires to obtain pain of itself, because it is pain, but occasionally circumstances occur in which toil and pain can procure him some great pleasure.

Renowned for speaking with a verbose, rhetorical and pompous style, Cicero’s mastery of Latin prose made him exceedingly influential. He was eventually labelled an enemy of the state and beheaded but even after death, he continued his influence. With Latin surviving as a core language through Europe and the Catholic church, typesetters over time took parts of the excerpt and integrated it into early design typesetting. By 1985 it was included as a standard feature of digital design software, catapulting it into the mainstream.

To read the full story, check it out on Priceonomics.