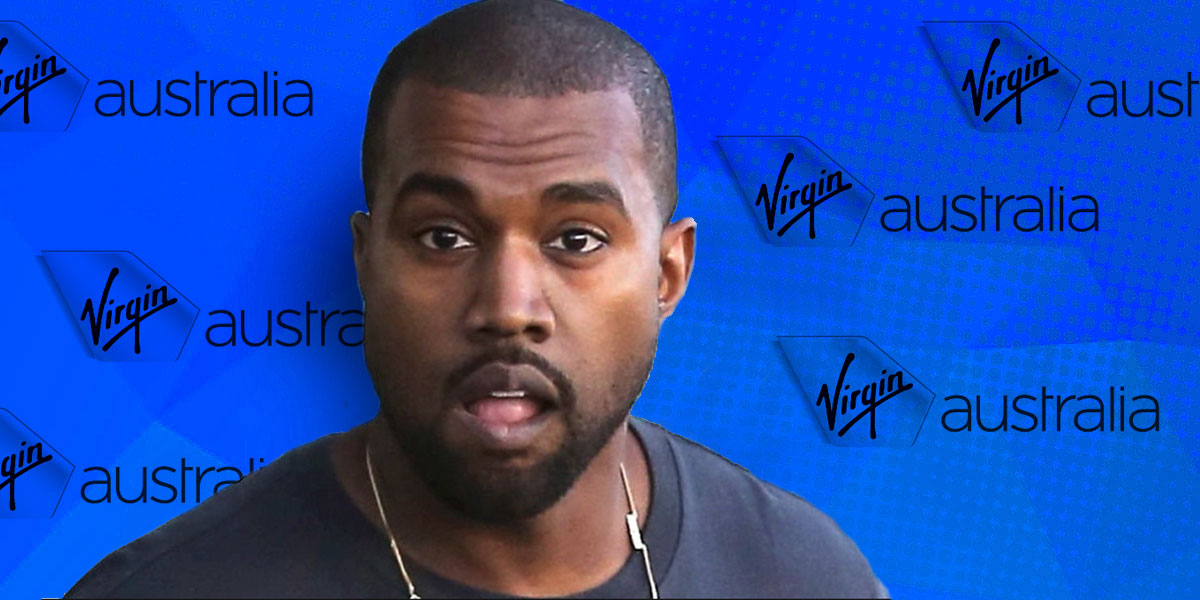 If any other Australian airline had told Kanye West to “Eat a bag of d!(& you douche”) the criticism and public condemnation would have been swift and overpowering. But Virgin Australia are smelling of roses.

That’s the power of Brand.

This week, a staff member at the marketing agency who supports Virgin’s social media strategy tweeted what we assume was his perception of the world’s most powerful rapper, accidentally using the Virgin account.

The tweet was live for less than a minute, but these days that doesn’t matter. What impressed us was how quickly the narrative turned from ‘What a stuff up’ to ‘Nice one Virgin!’. We immediately saw the power of Brand Archetypes in action.

Virgin, as one of the world’s most valuable brands, is well know as the Jester Archetype. Richard Branson himself is the perennial joker and fun-seeker, breaking the rules when he chooses and developing a cult following for both himself and the businesses that carry the Virgin brand.

When Virgin Blue launched in Australia, they brought this fun to our market, and Australian customers loved them for it. Their Brand was clear from nose to tail – which is why they’re still here, but competitors like Ansett and Impulse are not.

(I’ll digress slightly to note that Virgin in Australia has undergone a rebrand – to become Virgin Australia, and confusingly attempt to compete with Qantas in the dominant Ruler Archetype space. This hasn’t worked, thankfully as we’ll see below, because ‘Virgin’ as the Jester is so ingrained in the public that only renaming the airline will change that perception.)

So when Virgin Australia appears on twitter using crude acronyms to attack Mr Kim Kardashian, we all read those words through the filter of the Jester. Crazy fun Virgin, we think, that’s good for a laugh. Even though it was a corporate mistake, it seems to fit their Brand so well that we let them get away with it.

Now consider what would happen if Jetstar had made this mistake… Jetstar, who had early attempts at being an Explorer or a Rebel Brand, has now settled into being the low-cost Regular Guy/Gal Archetype. They’re comfortable, they’re ordinary – but if they had made this error it would have been as shocking as unearthing footage of Hugh Jackman unleashing a tirade of expletives onto a hotel receptionist. The public criticism would have piled on.

Worse still had it been Tiger Airlines. Now owned by Virgin, Tiger has recently rebranded as the Explorer Archetype – and let’s be honest, given their history of cost-cutting measures including cancelling last-minute flights, you’d have to be adventurous to fly with them!

Had it been revealed that Tiger had called Kanye West a douche, it would have been filtered through their brand’s perception. The headlines would have been about outsourcing to incompetent providers and lacking the professionalism and systems to prevent it.

Qantas, of course, is Australia’s greatest example of the Ruler Brand Archetype. Not only can it leverage its hundred year history – of the four major Australian airline brands, it’s the only one old enough to legally enjoy the free drinks available on board!

The Ruler Archetype, as with Qantas in general, is all about safety and stability. If Qantas spoke to toddler North West’s father like this? Like a politician caught with his pants down, we would demand immediate remorse and retribution! And it would have been provided – I can easily see Qantas making the fast decision to fire either the agency or the employee who exposed their powerful Brand to this criticism. Only such ‘strength’ from our Ruler would placate the public.

And that’s the power of Brand. Exactly the same corporate mistake – a marketing agency employee with a reasonable opinion hitting the wrong button – but perceived by the customers in four completely different ways, depending on the Brand.

Qantas has to fire someone; Tiger gets hauled over the coals; Jetstar stuns us all; but Virgin makes us laugh along.

Want to find out more about Branding with Archetypes click here.
Story by our guest Jacob Aldridge, Brandonian