Brand Archetypes and the US Presidential Primaries 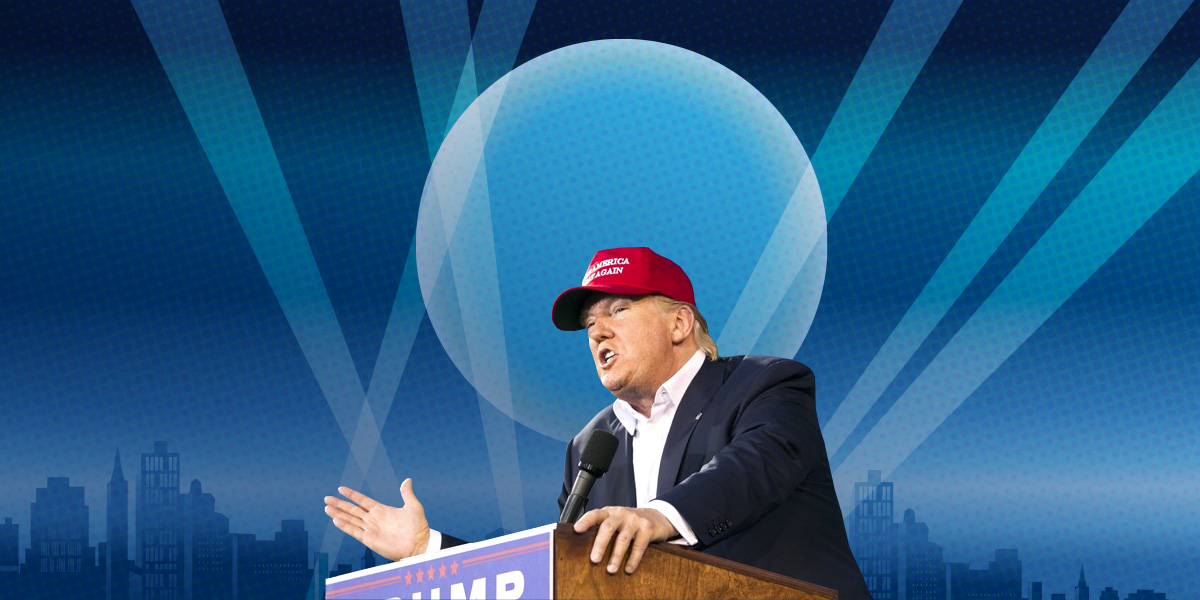 In Archetypes
By Brio Group
0 Comments

Brand Archetypes and the US Presidential Primaries

The President of the United States doesn’t have a lot of choice about being a Ruler Brand Archetype.

Even the Kings of England have had some lee-way throughout history – to be a Creator, or a Hero, or a Caregiver. But POTUS? His citizens expect him to Rule [1].

Which is just one of the filters I see that makes the current Presidential Primary season (when the major parties fight among themselves to select their candidate for the November election) my favourite reality TV show. Because while each of the two selected candidates will pivot in July to appear the most ‘Presidential’, right now they are using other Brand Archetypes in an attempt to cut through and be noticed. What can that teach us about the power of Brand in business, and what insight does it give us for who will ultimately be inaugurated next January?

Not all Candidates can assume the Ruler Brand immediately. The reason is obvious from a business perspective – if all the competitors in a market are similar, none will achieve cut-through of awareness and loyalty in their customers. The more crowded the competition, the greater the need to Brand differently – or risk becoming generic and unknown.

Even the Kings of England have had some lee-way throughout history – to be a Creator, or a Hero, or a Caregiver.

This risk is particularly the case in 2016 on the Republican side, which began with 17 ‘major’ candidates and heading into South Carolina and Nevada still has 5 viable options left (plus Ben Carson). Moreover, Donald Trump, who I originally predicted would drop out before Iowa, continues to lead.

I posit that Trump is the only candidate who has fully understood and embraced his choice of Brand. And like so much of his calculated approach, this was deliberate and tested by him and his campaign. Trump started last July as the Rebel brand – fighting against political correctness and the Washington DC Establishment. That’s a typical starting point for so-called Outsider candidates.

With the first ground-swell of support, Trump stepped from Rebel to Hero. (Practitioners of the Brandonian Brand Archetype system will be aware that a ‘Brand’ can only ever move one step sideways or across, or they will confuse their ‘Market’.) A Rebel fights for a cause; a Hero fights on behalf of a population, and Trump now had supporters to represent.

And then, without warning, Trump was leading in all the polls. Outsider surges in the polls happened four years ago, but the weak candidates back then didn’t capitalise. They were largely Rebel and Explorer focused so couldn’t step to Ruler. We thought Trump would be similar and see his support collapse. Instead he was in the Hero Brand space, and seamlessly transitioned from Hero to Ruler – he was no longer the risk taker trying to effect change, he was the leader capable of creating stability and Making America Great Again.

The more crowded the competition, the greater the need to Brand differently – or risk becoming generic and unknown.

In doing this, and doing it well, he started to convince the Republican electorate to ‘think past the close’. He was taking the Brand position of a general election candidate, someone who had already won his party’s nomination. Support went up! [2]

So what were his opponents trying? In the Establishment lane, Jeb! Bush, Chris Christie, and John Kasich were vying for attention. All are State Governors capable of holding the Ruler Brand space, yet all failed. Mostly, this was blurred messaging – none have a single, clear Archetype – and it’s showing in their polling numbers.

Christie tried to tone down his Ruler style – he didn’t want to appear as the sort of guy who had the power to shut down a bridge in retribution. He kind of just became the Regular Guy/Gal – you’d want to have a beer with him, but alas for him (he’s since withdrawn) Republican voters don’t want a drinking buddy leading their fight against ISIS.

Jeb! was always on a hiding to nothing, lugging the family Bush Brand around with him. While the first President Bush was OK, Dubya is largely remembered as the Jester who entwined the US in two separate Middle East land wars [3]. Where was Jeb! to position himself? If anything, he’s ended up as the Innocent Archetype – don’t blame me, I was in Florida balancing the budget when my brother was in charge. Maybe if he’d had a crack at being the Creator, with innovative policy ideas and a slot adjacent to the Ruler, he might have had a better chance. But it’s now hard for a Bush brother to appear intelligent and innovative.

Which brings us to the current leading Establishment candidate, John Kasich, who also seems to have missed his opportunity. Kasich – who famously expanded Medicaid in Ohio citing Saint Peter as a higher authority than Southern Republican opinion polls – had an excellent opportunity of owning the Caregiver Archetype space. Not only is this also adjacent to the Ruler slot – remember, movement 1 step away or across is easy – he could have laid claim to the Compassionate Conservative mantle that originally saw Dubya elected. Instead, he too ended up in Regular Guy/Gal territory – limited red meat will win you votes in New Hampshire, but not create cut-through anywhere else.

So who has created the most cut-through? Apart from Trump, without a doubt Ted Cruz is the shining example. Cruz is an archetypal
Rebel, with a clear cause in purebred conservatism. In this sense, his path to the nomination follows Trump’s – shift from Rebel to Hero when support grows, and from there become the Ruler for the General election. The only problem is that his cause hasn’t generated the upswell of support he was expecting … yet. Cruz’s plan has always been to win Iowa (check) and then power into Super Tuesday. So he may be on track, if his Rebel actions manage to win more friends in the electorate than he’s made in the Senate.

Marco Rubio may have been the Rebel when he rode Tea Party support into the Senate. He’s since sought to become less extreme (among Republicans – easily done, since the base has moved towards him and Cruz in the past six years) and today holds the Wizard Brand space – he’s the young Latino seeking to transform the Republican Party and America.

Again, this is a route that goes through the Hero Archetype as support swells and then becomes the Ruler. Again, the support for Rubio’s brand hasn’t swelled yet. And the risk for any Wizard brand is coming across as the neighbouring Jester rather than Hero. The Jester Brand who speaks truth to power through humour plays an essential role in US Politics – but that looks like The Daily Show or John Oliver, not Presidential nominee Marco Rubiobot.

And the risk for any Wizard brand is coming across as the neighbouring Jester rather than Hero.

Seen through this lens, if Donald Trump can continue being the only candidate in close distance to the Ruler Brand, the nomination is his. For Cruz and Rubio, they need their message of change to create support so they can shift position to the Hero Archetype. Kasich needs to own the Caregiver space loud and proud asap, and Jeb! could have a crack at being the Creator but that ship may have sailed when his brother made the pie higher.

On the Democrat side, Bernie Sanders is following the Trump and Cruz playbook – and is currently the Hero of the young and undervalued. Hilary Clinton started as the Ruler and really just needed to hold that space more strongly than she did against the Wizard Obama in 2008. Her Brand, however, keeps getting confused as she reacts to what’s being flung her way – the Ruler has stability, so doesn’t need to react, and if she keeps doing that her authority and therefore Brand power will crumble.

How does this look overall? We may have Clinton and Trump holding the respective parties’ Ruler spaces much earlier than the Conventions and possibly even before they finish off their competitors. Then their job is to convince the voting public that they Rule better. On that front, based on leveraging the power of the Brand Archetypes so far, Trump has the clear advantage.

[1] Eisenhower in the 1950s was the last genuine War Hero to follow George Washington’s example and be elected President. I’ll give partial credit to George H W Bush on this front, but caving in to “voo doo economics” does not a Hero make.
[2] And so too did his favourables. It’s fairly clear that most voters choose their ‘clan’ (eg, Republican Party) and then justify their opinions, rather than the other rational way around. With Trump acting as if he was the nominee, those who support the Republicans began to like him more because of course they would like and support whoever their clan nominates.
[3] Despite being fondly remembered by registered Republicans, who are 67% favourable of him.

Want to find out more about Branding with Archetypes click here.
Story by Jacob Aldridge, Partner of the Brand Education company Brandonian, and author of the US Presidential novel ‘The Cookie from the Cookie Jar’.