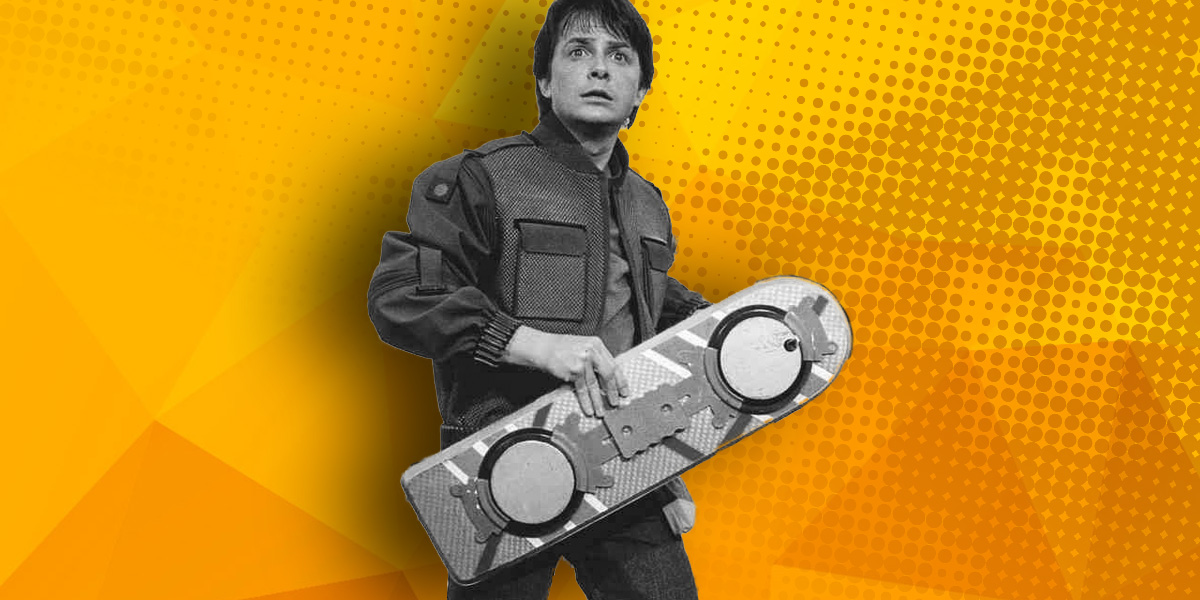 So how accurate was the future described in the classic 1989 Back to the Future II?

Wearables
Wearable tech is plentiful in the movie, and true to the movie’s prediction, we now have wearable devices such Google Glass and Apple’s Watch, among other wearable products, all aimed at making us feel even more connected.

Video Calling
In the movie, future Marty has a video conversation with his bosses via the TV. We now have services like Skype, Google Hangouts and FaceTime, most of which can be accessed on TV’s or Smartphones. Another correct prediction by the movie.

Biometric Identification
We already have biometric technology on our Smartphones and we can expect more of it. This technology will soon also be more widely available on door locks as well.

Holographic Displays
Remember the 3d hologram in Back to the Future II, promoting the 19th installment of the Jaws franchise? Our technology is on par with such feats, as was showcased in Tupac’s resurrection at Coachella in 2012.

Drones
They are everywhere! They don’t yet walk dogs, like they do in the movie, but they are already involved in deliveries of small parcels, surveillance and media, and may soon be involved in traffic control and sport goal-line technology.

Flying cars
The movie depicted flying cars, and although this is yet to be a reality for an average consumer, it may not be as far as you think.

What can you expect from technology in the future?
Here at Brio we are constantly researching and reviewing new technology, and investigating ways how it can be used to better promote your brand or service. Why not talk to us and see how we can help maximise your next opportunity.